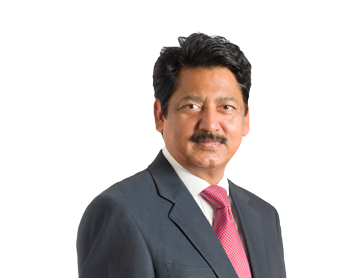 Dr. Sanjay Chaudhary is the founder and director of the ​group of Eye7 Chaudhary Eye Centre. He is a leading cataract and refractive eye surgeon in Delhi and NCR. With over 30 years of experience in ophthalmology, he has been at the forefront of surgical and technological innovations in eye care.

He was among the pioneers of LASIK in Delhi. He was also one of the pioneers of stitchless cataract surgery (phaco) in Delhi and of ICL (implantable collamer lens) technology for vision correction in India. He has won awards for highest number of ICL procedures in India for the years 2014, 2015 and 2016. He was the first to start femtosecond laser assisted cataract surgery (FLACS) in Delhi. He gave the first live surgical demonstration of Femtosecond laser cataract surgery in India, an event which was viewed by more than 3,000 eye specialists from around the world. He was also the first to introduce Contoura Vision for specs removal in India and performed India’s first live Contoura Vision surgery.